Why aren’t more writers blending paranormal with other genres?

Today, with self-publishing, writers are being more innovative than ever. They’re putting together genres that have never gone together, never been tried.

Traditional publishing forced authors to play it safe. Publishing is a business and the companies that dominated the industry were in it to earn money. They, therefore, refused to go out on a limb and publish a book which had a possibility of not selling—books which were at all very different from the mainstream.

They also had the imperative to sell to brick and mortar bookstores who, when presented with a new book, immediately needed to know where to place it in the store. Did it go on the historical shelf or the fantasy/sci fi shelf. If it could go on both, they weren’t so interested. They wanted these decisions to be easy and straight and forward. There were a few exceptions to the rule, but for the most part, they stayed away from anything unusual or genre bending.

Now that writers can publish their own work and sell it on e-retail sites like Amazon and Apple iBooks which really doesn’t care about which list—or how many lists—a book goes on, all of those constraints have been tossed out the window. Now we get books like Alice in Zombieland and Sense and Sensibility and Sea Monsters.

For some reason writers had latched on to Jane Austen’s books (and Ms. Austen herself) and other classics as fodder for their oddball mash-ups. They take once loved stories and add a paranormal element to them corrupting what was a wonderful tale and destroying it with bad writing and odd occurrences that are just plain silly.

On the other hand, you get wonderfully written books like P.D. James’ Death comes to Pemberley—again taking an Austen concept and blending it with another genre, although this time a mystery instead of the paranormal.

For years romance writers have been blending romance with other genres—suspense, mystery, history and the paranormal. I think it’s possible that there are more romances that have a second (and sometimes third) genre blended into it than there are books where there is only a romance and nothing else.

So why then, are there so few historical paranormal romances—the sorts of books I write? I just can’t figure that one out.

This all came up recently when I decided to download some books for a trip. I really felt like reading a historical romance. But I also wanted to read something paranormal. So I searched on Amazon for historical paranormal romance.

I did find a number of vampire romances and a couple werewolves set in various time periods in history and ended up buying Bite Me, Your Grace by Brooklyn Ann (it wasn’t bad, although her research was overly evident and she had her characters use first names much too often). Of course, what I really wanted was something closer to what I write—something Regency-set with magic rather than vampires and werewolves, which frankly I’m getting a little tired of (unless they’re written in a funny or very different way). But I made do with what was on offer. I only wish there was more.

Have you found any great genre blending books recently (with or without a paranormal element)? What’s your favorite mash-up? 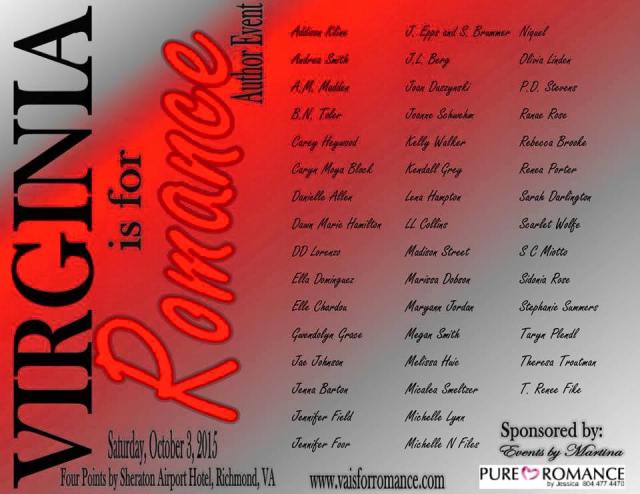 When I was a teenager, my family went on a vacation to Virginia Beach and I brought home a bumper sticker: Virginia is for Lovers. For years that has been the tagline for Virginia. I proudly displayed the slogan in my bedroom all during high school. So yeah, I’m excited to participate in the Virginia is for Romance Author Event on October 3rd in Richmond. Caryn Moya Block will be there too, as will many other talented romance authors from sweet to sizzling hot.

For schedule of events visit: www.vaisforromance.com

We’d love to have you join us. Tickets are on sale now…

Tickets for
Virginia is for Romance
Author Event

I don’t know about you, but my calendar is suddenly filling up faster than I can imagine. Here are a fun couple of things Mom will love.

First of all, I am part of the Mega Summer Giveaway.

Enter  a Rafflecopter giveaway to win a $500.00 gift card. Enter now until June 21st. Lots of easy ways to enter.

Hope you take advantage of this chance. It’s a huge giveaway and I would love one of my peeps to win!

Next. I have two books up for Pre-Orders. One to be released June 8th and the other August 8th.

Six months have passed since Susan Adams was forced to become a lycan. She’s embraced the wolf with her whole heart, but having super senses and running on four feet can’t help her keep a job or figure out where she belongs. Now, with a mating bond snapping into place and the mating heat riding her hard, Susan’s wolf is demanding she cement the bond in place. There’s only one problem. Her mate isn’t a lycan. In fact, she’s not sure what he is, and mating Susan is the farthest thing on his mind.

Jean Paul Nadeau is not your ordinary elemental witch. He’s one of the famed Averys, as human witches know him. In truth, he is an immortal Fae Lord sent by the Queen of Avalon to guard a dimensional gateway sitting in the middle of Quebec City. When the lycan mating bond attaches to his heart, JP is both delighted and dismayed. Finding his “Destined One” is an unexpected gift, one that could cost him more than his immortality.

Available for Pre-Order on: 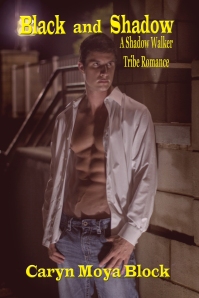 Joseph Running Bear is a member of the Shadow Walker’s, a covert black ops unit, and head of security for Isanti, Inc. So when one of his men gets killed by terrorists, he takes it personally. Once the terrorists are destroyed, Joe is left with the guilt and loss of his friend, Fred Black. All that’s left to do is send the man’s belongings to his little sister in New York City.

Jessica Black heads west to New Mexico to find out what really happened to her brother. The police haven’t been any help, stating national security, but Jessica doesn’t buy it. Fred would never be caught unawares if he was mixed up with terrorists. Plus there is the company, Isanti, Inc. that her brother worked for, a company he was trying to get her to join. She knows something more is going on. Why all the secrecy and runaround if this is a simple case of her brother being caught in the crossfire?

Available for Pre-Order on:

Finally, I am a Featured Author at the Authors After Dark Conference in Atlanta August 12- August 16. I am sponsoring a table at the Shifter’s Picnic Lunch and the Bump in the Night Ball. Tickets are on sale now! So sign up and come sit with me.

I don’t know about you, but it looks like Summer is going to be HOT! Hope all the Mom’s out there have a great Mother’s Day.