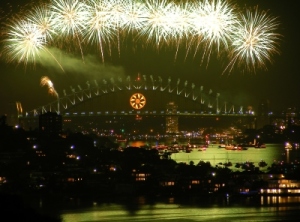 From bells to gunshots, from throwing things to receiving things, New Years is a time of traditions. Every culture has it’s own way of celebrating the new year. In the U.S., we like to watch a ball “drop” (very slowly and carefully as it’s actually made of very expensive crystals) in New York City and fire works fly. But many other places in the world have their own unique way of celebrating the new year.

Many Asian countries celebrate not with fire works, but with bell ringing to bring in the new year. In China people beat drums to welcome the 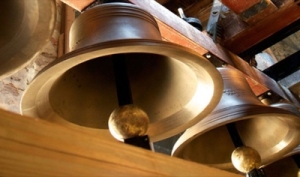 year and bring good luck to all within hearing range (which, I imagine, would be every one). In Denmark, the sound of the new year is that of broken dishes being thrown at your neighbors house – all in good fun! And in South Africa it’s the sound of furniture being thrown out of windows—now there’s a novel way to clean out your house!

In many cultures, it’s not what the new year sounds like, but who you’re with. In many places in South and Central America, people want to be with their loved ones—both alive and dead 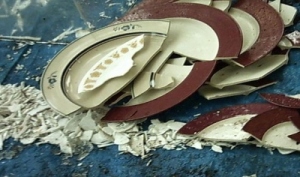 and so they’ll go the graveyard to bring in the new year with those who have already passed. In England and Scotland there’s a wonderful tradition of “First Footing” where people go from house to house on New Year’s day to visit and wish each other a happy new year. The catch is that the first person through your threshold in the new year needs to be male and carrying a loaf of bread (so the family will eat through the year), a lump of coal (so that they’ll stay warm), salt for good luck and a bottle of liquor to celebrate with.

My husband’s family in India would do what I think is the saddest thing of all—absolutely nothing! New year’s was just another night and another day. Yes, it was a holiday, so no one had to go out to work or school, but nothing special was done to celebrate the passing of the old year into the new.

In my family, my mother (who was not a cook, and only did so for major holidays) would make paella for our New Year’s 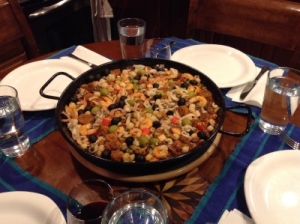 meal. We would have hors d’oeuvres  of prunes wrapped in bacon, our paella filled with sea food, chorizo sausage, chicken and vegetables (everything, I imagine, we would want to eat through the year) and then a rum cake made by my mother’s closest friend that was more rum than cake.

So what are your family’s traditions for New Years? Whatever it is that you do, I hope it brings you a year of happiness.

One thought on “Happy New Year!”